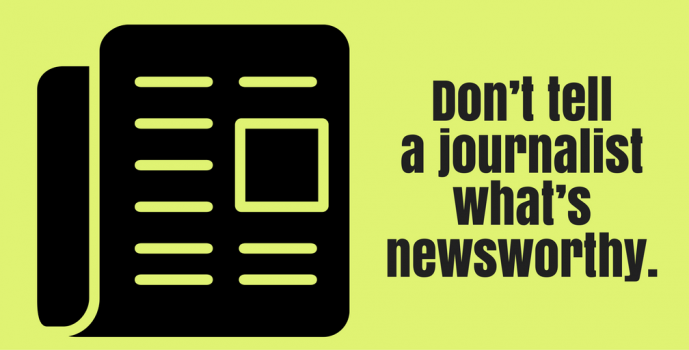 As a PR professional, it’s important to understand the media’s changing mission and appeal to those changes. Ernest Hooper, columnist and bureau chief for the Tampa Bay Times, gave several tips for crafting your pitch during the FPRA Annual Conference in August 2016:

A Note About Emails

Mr. Hooper also gave several statistics to put the idea of pitching through emails in perspective:

Never underestimate the size of a journalist’s ego. The primary objective of a news release is to influence coverage, but the first goal is to make sure it’s read. The content in the email should be direct and personable. In Mr. Hooper’s case, anything with the subject line: Beyonce, BBQ or Luther Vandross, will get your story noticed.

In the event that the media professional you are trying to target isn’t a fan of any of these, then remember:

Editor’s note: The post was adapted from coverage of a presentation given by Ernest Hooper at the Florida Public Relations Association Annual Conference in 2016. Read the full post here.