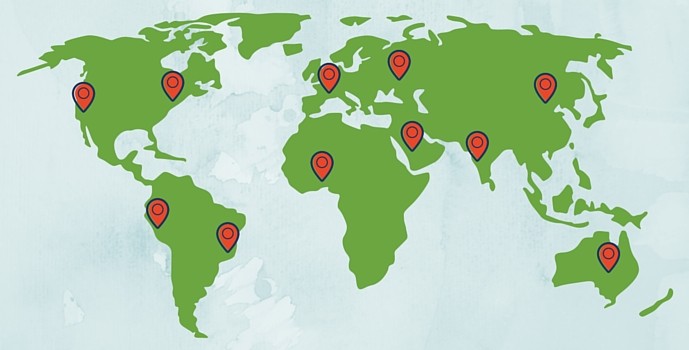 I am an international student studying mass communications with a concentration in advertising at the University of South Florida. I recently returned home to Lagos, Nigeria, over winter break after being away for more than a year. While there, I gained a new perspective on Nigerian media and my field of study. I realized that PR must be a universal language.

Specifically, I noticed that the public relations and marketing techniques used in Nigeria differ from those used in America, yet I could understand the goals of Nigerian PR practitioners. I realized that regardless of where a PR practitioner goes, his or her work would be strongly influenced by the environment.

To successfully communicate with an international audience, one has to bear some things in mind:

Getting beyond language barriers: This may seem obvious, but some countries whose official language is English may have variations of the language (both written and spoken). For instance, in Nigeria, where English is the official language, there are more than 250 ethnic groups with their own dialects. There is also Nigerian Pidgin English. In order to communicate effectively to a diverse group of people, take advantage of the strength of images. A picture is worth a thousand words in a thousand languages. Speak through your pictures.

Education and understanding: Know the level of education in an area. This helps tailor your word choices. Also, keep in mind that some standard words, signs or symbols may mean different things in different countries. Ask: How will someone in China interpret the message versus someone in Spain? Keep things simple; some of the most creative works are the most simple.

Budgeting for the economy: The PR budget in the currency of one country may differ from that of another country. This means a campaign that could be affordable in one country may bust the budget in another. Create a campaign that appeals to the pockets of local media groups and their audiences. When going global, budget research must take into account world economies.

Finding common ground: Know the needs and primary concerns of your audience. PR campaigns that relate to the needs of the target audience can create interest and understanding. If one intends to reach a diverse group of people, find a common need or idea that the audience can relate to.

Ogheneochuko. V. Okor is an international student at the University of South Florida. She is majoring in mass communications with a minor in creative writing.